HOW TO BOIL OCTOPUS

Octopus is a sea animal with soft-bodied, eight-limbed scientifically named Octopoda. Basically, it comes with squids, cuttlefish, and nautiloids categories. In addition, the actual life span of octopus is 3-5 years and the size varies from 10 -50kgs. These animals are different than any other sea creature for their rounded bodies, bulging eyes, and eight long tentacles. The facts also tell that the pacific octopus has three hearts, nine brains and blue blood. the central brain controls the nervous system.

Here I have shown techniques on how to cook or boil the octopus. There are many ways to do so but the basics are the same. So this video might be useful to those who are eager to learn the technique to perfectly cook it.

Most of the chefs lack proper information or ideas about the cooking skills of octopus. So here we have it.

Let’s learn and share with as many chefs as we can. 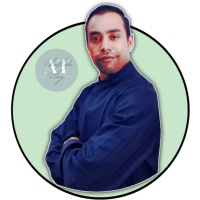 An experienced chef with a demonstrated history of working for more than 10 years as a chef in International Five Star Chain Hotels. Currently working as Chef De Partie in Saadiyat Rotana Resort and Villas, Abu Dhabi.